are all busy people. Sometimes we get a little extra time in the day when someone we had an appointment with fails to show up. As a professor, there are a number of times when I will be sitting in my office for my 10 o’clock meeting and no one shows up. Sometimes the no-show will email after the fact. Sometimes I get a message minutes before. Far too often I do not hear from the person until I point out the absence.  Are we living in a culture of bailing?

I have been teaching for over 20 years and it seems like fellow professionals not sticking to commitments (meetings or writing assignments), and students just bailing (meetings or class assignments) seems to be on the rise. No, I have not seen data on this yet, but the anecdotes are piling up. I doubt that the trait of conscientiousness is evolving out of our systems.  So what could be going on? I will keep unpacking possible causes for increases in work not being turned in for another day. Is there something specific about people bailing on social meetings?

Social media is making it easier:  In the old days, if you had an appointment, whether social or business, the only way to cancel it was to make a phone call. Speaking to someone directly on the phone to say no, is a lot harder than sending a text message or an email. By the time you see the person, their ire at the cancellation may have dissipated.  The social psychologist Kurt Lewin called this a channeling factor. He argued that if you make a course of action more likely, aka creating a channel for it, the action is more likely to occur. Social media makes it easy to cancel real quickly.

Cancelling on group chat, whether Snapchat, Facebook, or WhatsApp, also takes some of

the pressure off as groups make you feel less like an individual (i.e., the phenomenon known as deindividualization). You do not feel as responsible and it is easier to cancel especially if you think that there are others who will still be going. This diffusion of responsibility for your actions can ease discomfort of seeing rude.

It is a coping mechanism: The yearly American Psychological Association survey on stress in America suggests that our perceptions of stress are on the rise. Almost 65% of Americans believe the future of the nation is a significant source of stress (APA, 2017). 75% of Americans report experiencing at least one stress symptom in the last month- 45% report lying awake at night, 36% report being nervous or anxious (More numbers here).  Perhaps people cancel meetings to buy themselves more alone time or just flexibility to do something else.

Comparison of Alternatives. Even if you are not the most popular or well connected person, social media allows us to juggle many possibilities. You can click ‘interested’ in an event versus ‘going’ or ‘not going’.  If you have two events you are interested in at the same time you are likely to pick one over the other. Sometimes, instead of merely showing interest, people may commit to more than one and then cancel the alternative. Sometimes we may do this if we are not decisive. Sometimes we do it to hedge our bets. Sometimes we do it just to wait to see which event will have more of our friends going.

False consensus Effect.  My guess is that many people believe that everyone bails all the time so they are not doing something that different. Whereas this may be false, our mistaken belief that everyone else bails or thinks bailing is acceptable may make it more likely for us to bail. We tend to overestimate the extent to which our opinions are normal or typical. In early work on this cognitive bias, Ross and colleagues had participants read about a conflictual situation and guess which of two ways to respond they and OTHER people would pick. Regardless of which option they picked, they believed the others would pick the same one.

Poor Visualization. It is very easy to look ahead and think you would like to go to an event without considering what else is going on in life. You may agree to a movie with a friend for later in the week but as the day approaches you are tired from work, and have a number of work or family responsibilities that are more pressing. Because you did not anticipate all the possibilities, when the day of your movie night approaches, you are stuck with a load of psychological barriers that make cancelation and bailing 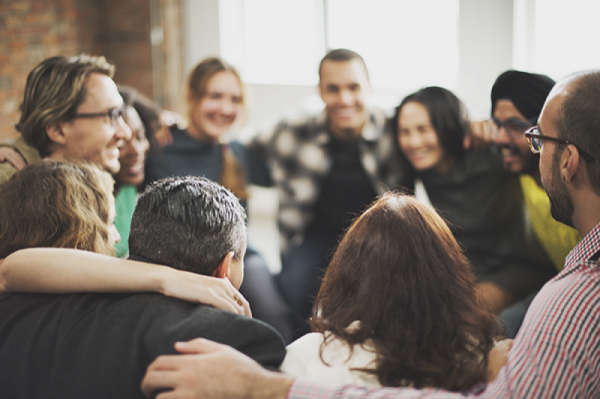 All in all, IF the perception that more people are cancelling meetings now than before is true (empirical evidence needed), it is important to remember that the social support provided by social meetings is an important component of health.

While cancelling a meeting for more solo time may sound good, psychological science suggests that the gains from socializing and cultivating your network may outweigh that solo time.  And of course, how canceling work meetings reflects on your personality and can influence your evaluations is a story for another day.